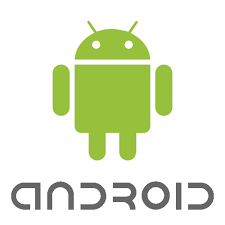 When the iPhone4 was announced, I was pretty excited and I was definitely going to buy one. I am definitely not a Mac Fanboy – but when I got an iphone about 2 years ago – I totally fell in love with it. However, right before I was about to pick one up, I saw this video – and suddenly my interest changed. If you don’t know, Android is an operating systems for mobile devices made by Google. Amazingly there are more Android smartphones in America than iPhones, but it has not kicked off in Europe so much for some reason. It’s 100% open source meaning anyone can get the source code and change the way anything works to the way they like it. This means no ‘having to do something one way’ like the way Windows and Mac OS work. There are also lots of good phones, HTC being the main manufacturer. The “Google Phone” that came out a while ago was made by HTC branded the Nexus One by Google. I bought the HTC Desire which is more or less the same phone with a few updates. 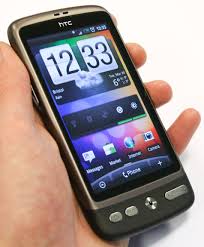 So, the main differences: The HTC Desire has 4 buttons at the bottom. I LOVE this. Apple sometimes try to over-simplify things – and always touching can be annouying. The Home button always bring you to your main home screen, the Menu button is a menu for whatever screen/app you are in – same for search, its specific to what you are doing, and then there is a back button (which is nice but sometimes its easier to swipe back than reach down and press the back button – but again this is changable). It’s also lighter and has a nice feel to it in your hand. The screen is absolutely superb too.

The Desktop / Homepage: On iPhone you just have a few pages with icond on them. BOOOORRRINNGG. On Android you have a “Desktop” with Widgets. I have a weather widget, a time/alarm widget. A search box that give you both phone and web search results. I have a strip of icons that with one click turn on or off your wireless/bluetooth/data/gps etc – which on ipohe you have to go into 3 or 4 menu levels. You have a total of 7 screen that can have anything on them. Facebook, Twitter, Gmail – basically anything! Instead of having to click back and forward between 7 screen, pinching the screen will bring thumbnails of the 7 screens and click one one to zoom back in. You can also change the background photo or have “Live Wallpapers” which are cool animations that change depending on e.g the time of day or weather, or it can even be a map of where you are at any time!

Integration: Google is not just available as apps etc, it is fully integrated into the whole OS. You contacts can sync with your gmail account. Also facebook & Twitter if you want – when you look at your list of contacts/phone numbers – it automatically pulls in the persons photo from Facebook if you are friends with them. It will also pull down their updated contact details if they have it on facebook!

Notification: Whatever it is, all notifications are in the one place. If you get email, texts, updates, downloads, etc – you get an icon at the info bar at the top of the screen. Touching this bar and dragging it down, give you full details of this and you can clickc to jump into each one!

The Keyboard: The keyboard is way better. You can touch and go to any point, not just the end of a word. Holding on one letter for a second give you a second option, like a number, question mark or exclamation point etc. The predictive Text is also way better, giving you several options of what you might be trying to type, not just guessing one which the iPhone does.

Change the OS: Since Android is Open Souce, there are several different versions/flavours of it available to download and put on – basically they are all changed in certain ways so find the one that suits your needs best and use that one! Some are very simple and made for speed and battery life, some have loads of extra programs and features!

Other Random Stuff: It is FAST!!! Like properly fast. the 1Ghz Snapdragon processor is amazing. Android also has a massive range of phones available in different formats. With iPhone you can only choose hard drive space. It has REAL multitasking. And its easy to kill background apps in one go. The Android market is better. Not as many apps but its more open. You can take off the back cover and change the battery (a huge plus – since the battery is not great) – and also it has a removable SD Card for your apps and data. It also works like a big USB key as you can store anything on it when you connect it to a computer. Also, the cable to connect it is simply “Micro USB” which is the de-facto standard for all phones going forward (a new agreement from all the phone manufacturers – except apple funnily enough – groan). You don’t need iTunes although it will work with it if you want. Android supports Google Voice and Voice Actions so you can navigate your phone, call people, send texts, update twitter and facebook, all through voice recognition!!!

iPad / Tablet PC’s: Just like the iOS on the iPad – Android works on other mobile devices like tablets. iPad is obviously the first one that has become massively popular, but in the next 6 months a huge amount of manufacturers are going to come out with their own versions of the iPad – but they will be running Android! I can pretty much guarantee that these devices will be better – way more features for a lot less money than the iPad. They will have USB posts, Cameras front and back, Multitasking, Removable SD Cards, File Transfer, Flash, HDMI, GPS. All the things the iPad does not have (on purpose BTW, apple do this so that they can bring out versions 2, 3 and 4 over the next few years to keep demand/desire high for their newest line of products – knowing that a large percentage of their Fanboy customer base will buy each one – groan…)

So, in conclusion, I am so so glad I did not get an iPhone 4. Don’t get me wrong, the iPhone 4 is a great piece of kit, and for some users it might even be the better choice – its better at being a phone + an iPod for example. If you have an interest in technology and enjoy the techy/nerdy part of it, the Desire is 100% definitely the way to go. But even if you are not, this is a really fantastic phone for everyone. Mainly though, is the fact that Android has come from nothing to a real game changer and challenger to the iPhone in a very short space of time – it’s just so much more open and versitile. So, give it another year or so of innovation, plus another few new phones to be released, and I don’t think iPhone is going to have a chance…

Here are a few video’s worth watching:
END_OF_DOCUMENT_TOKEN_TO_BE_REPLACED