I recently saw the documentary “Rush” – about the fantastic rivalry between James Hunt and Nicki Lauda. It’s a great movie, not as good as Senna, but I still highly recommend you watch it.

However, if you don’t have time to go to the cinema, this BBC documentary tells the same story – definitely worth a watch

Just in case living in Singapore isn’t expensive enough for you and your supercars, a new high-rise residential tower is offering the kind of living arrangements only those with obscene amounts of money can afford.

Forget about the actual home, really. What makes the Hamilton Scotts “Sky Garage Apartments” so unique are the built-in garages that come connected to the actual homes. That’s right, no more worrying about parking spaces on the street because you can take your exotics up to your house with you!

High-tech elevators are in charge of bringing your cars straight from the ground floor all the way up to your home and straight into a glass-enclosed garage. With this kind of set-up, you won’t have to worry about leaving your high-priced exotics where you can’t see them, thus eliminating the dangers of these cars getting stolen.

So what’s the trade-off to have the opportunity to live in one of these homes? A home with a two-vehicle garage will set you back $7.5 million while a penthouse suite with a four-car garage will loosen up your pockets by a whopping $24 million.

Ok so I think most people have seen the Google Car which has done serious milage around California without incident, adn several car companies have been granted licecnes in Arizona for UAT’s to drive on the roads. The Google car looks pretty dam ugly for starters with that giant laser/radar on the top. However, along come Audi and although I’m sure a full self driving car is in the making, here is a totally normal looking car that will park itself. How handy is that!!

No more worries about busy days at the shopping centre spending 20 minutes to find a spot, Pull up at the main door, jump out and your car will find a parking space, and then drive back to pick you up when you are done! Now don’t you think that is just pretty dam awesome??? I do.. 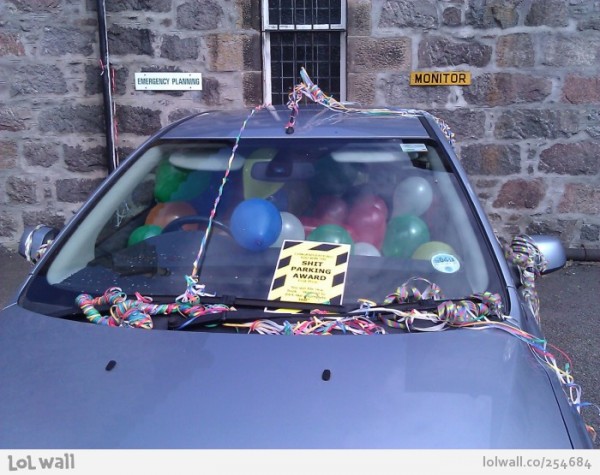 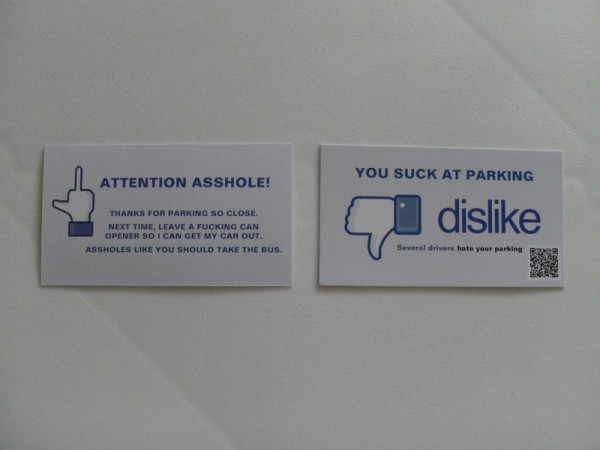 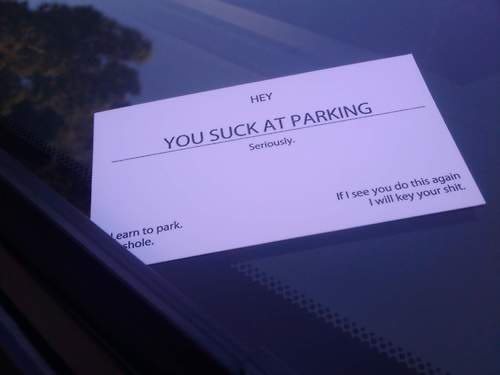 If someone told me this a week ago I wouldn’t have believed them, but I started watching “Monster Jam” on Extreme Sports channel and I was truly amazed by what I saw…

The Pagani roadcar model range would not be complete without a Roadster version of the Zonda Cinque. As the name implies it is created in the Modenese Atelier in a limited production run of merely five exclusive pieces like its coupé sister.

The Lamborghini Reventón is a mid-engine sports car that debuted at the 2007 Frankfurt Motor Show.

The Koenigsegg Agera is a supercar to be produced by Koenigsegg in 2011. It is a successor to the Koenigsegg CCX/CCXR. Estimated list price is $1.6M USD. There is a biofuel powered version of the Agera, known as the Agera R.

The Rolls-Royce Phantom is a saloon automobile made in England by Rolls-Royce Motor Cars, a BMW subsidiary. It was launched in 2003 and is the first model introduced during the BMW era.

The McLaren F1 is a supercar designed and manufactured by McLaren Automotive. Originally a concept conceived by Gordon Murray, he convinced Ron Dennis to back the project and engaged Peter Stevens to design the exterior of the car.

The Enzo Ferrari is a 12 cylinder mid-engine berlinetta named after the company’s founder, Enzo Ferrari. It was built in 2002 using Formula One technology, such as a carbon-fibre body, F1-style electrohydraulic shift transmission, and Carbon fibre-reinforced Silicon Carbide (C/SiC) ceramic composite disc brakes.

The SSC Ultimate Aero is an American-built mid-engine supercar by Shelby SuperCars. The higher-performance limited production version previously held the Guinness Book of World Records record for being the fastest production car in the world (succeeded by the 2010 Bugatti Veyron Super Sport), with a recorded speed of 412.29 km/h (256.19 mph).

The Ascari A10 is an automobile produced by the British company Ascari Cars that was conceived by Dutch millionaire Klaas Zwart.

The Saleen S7 is a limited-production, hand-built, high-performance American supercar developed jointly by Steve Saleen for the initial concept and direction, Hidden Creek Industries for resources and initial funding, Phil Frank for the body and interior CAD design and development, and Ray Mallock Ltd. for the chassis engineering.

Beautifully shot with some of the best cinematography you’ll find – featuring an incredibly interesting guy called Magnus Walker. A very individual guy who started from nothing, over over a fairly short time accumulated a collection of business and cars that pretty much epitomises the phrase “Living the Dream”.

The trailer is great but I must insist that you take 20 minutes out to watch the whole movies, it’s simply breathtaking

Fantastic video. I think they sounded better in the old days!

Very cool video here showing how Vinyl Wrapping is done – on a beautiful Red Ferrari F430 to make it a stealth black.

Also have a look at this, a Ferrari F40 wrapped in a carbon black – normally I’d think its sacrilege to ticker such a classic but I actually think its looks pretty savage… 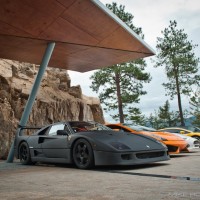 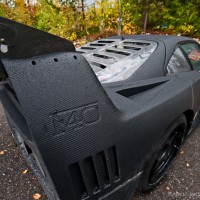 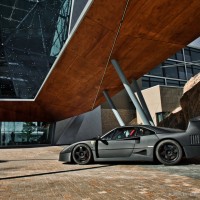 The graphics in this video are simply breathtaking. It’s a tribute to the new Ferrari 458 Italia made by the guys of Gran Tourismo. Parts of it if you were not looking closely you’d swear that it was actual video footage. Make sure to watch it in HD and full screen:

Can’t wait to see what “Gran Tourismo 10” might be like in 10 or so years time. They’ll probably be beaming it into our heads in a virtual reality that will be indistinguishable from real life! Fingers crossed anyway..

The Stig. Our favourite make believe person next to Santa. He’s a better driver than God, and he has never, ever, crashed a car. Well… Apart from the Reliant Robin… And Koenigsegg…

Everyone loves the introductions from the Top Gear presenters – so here is a bunch of them:

Some say that all his pot plants are called steve.. and that he has a life size tattoo of his face.. on his face..

Some say, he’s actually dead… But the Grim reaper, is too scared to tell him…

Some say He’s contracted every STD known to man, and that he has inflatable breasts to get him out of speeding tickets. All we know.. is

Some say he nighted the queen….and that he saved the Queen from God….

Some say that he can hypnotise sheep, and that if he could be bothered he could swim the Atlantic ocean – underwater.

Some say, that he is one of the protons in the Large Hadron Collider, AND that he creates miniature black holes every time he sneezes.

Some say, that he once co-presented a brazillian show about blimp disasters, and that once, he actually punched God.

END_OF_DOCUMENT_TOKEN_TO_BE_REPLACED

Wow, just listen to the sounds of this thing!